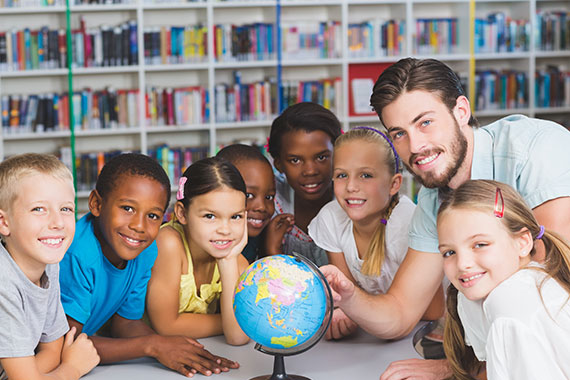 At the moment there are more than 40 international schools in Tokyo. among these schools you will find 1 German school, 2 French schools, and the rest teach in English. However, there is a difference even between the school which use English as their main language. The primary difference is in the curriculum. Some use IB (International Baccalaureate), some use a British system, a Canadian system, American, or even Indian.  There is also one school for the kids with special needs. The prices are different too, it starts with about a million yen per year and goes up to more than three millions. The schools are spread throughout the city and can be found in almost every ward, however the majority of them is concentrated in Shibuya and Minato.

The following list includes the schools that Tokyo expats choose most often:

The studies are conducted in English. The average number of students in class is 20 kids. The campus for smaller kids is located in Meguro, while the bigger kids study in Hikarigaoka campus.

Another school with English as a main language, but it is called international for a reason. They have students from 55 different nationalities. The school is located in Minamiazabu and there are 18-20 kids per class.

A bit smaller school than the two previously mentioned, with only 300 students, mostly American nationality. The campus is located in Shibuya in a wealthy area of Tomigaya. However the tuition fee here is one of the lowest, and costs on average 1,600,000 yen per year.

In fact, this school is located in Yokohama, but the commute is really easy and might be worth it. It is also one of the biggest schools with more than 450 students (1/3 international students, 1/3 dual nationality, 1/3 Japanese students). Tuition is high but not more expensive than in many other schools, the average check for one year is 1,950,000 yen.

The school is rather small but is a good fir for kids of all ages, from 2 to 18 yo. The system at school is an American education system, and it is located in a family friendly area in Kichijoji. However, a tuition is a little pricey, with average of 2,200,200 yen per year.

As you can see, there are many options for you, if you have been relocated to Japan or a Japanese national who wants to give his/her kids international education. Of course, it is not always cheap, but it will open many doors to your children in the future. Choose wisely!

Things with kids during the rainy season