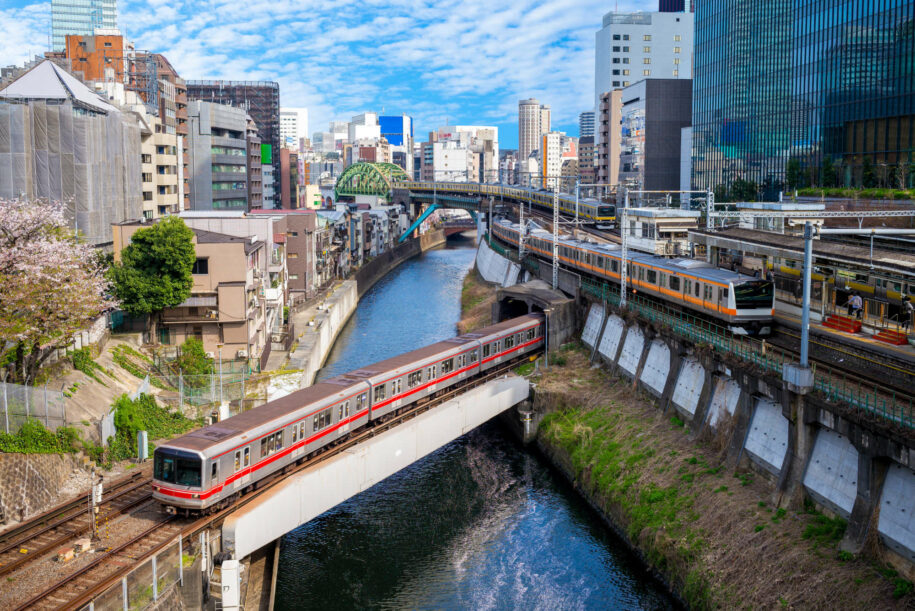 Tokyo has various transit options. This post is going to talk about the basics of public transit in the city.

First, get yourself a Suica or a Pasmo card. With these cards, you will be able to pay the transit fares and even use them in some shops. The main difference between the cards is that Suica gives you a small discount on your commute fares. You can get these cards at the train stations from the ticket machines. The machines have an English menu, so the operation should not be a problem. These days, you can also download a Suica/Pasmo app and use it from your phone.

Plenty of train and metro lines are operated by various companies in Tokyo. However, it only seems to be complicated. In reality, the train system is pretty easy to use. In order to check what line you should take, use Google maps. It is the easiest and very reliable navigator, especially in Tokyo.

The most popular lines within Tokyo such as the Yamanote line, Oedo line, and some others run pretty frequently. This means you do not really have to check the timetables. If one train had left, another one will come shortly. However, if you go outside the city, the trains arrive with longer gaps between them. In this case, you should check the times and arrive at the station on time.

One important rule to know and keep, you are not allowed to speak on the phone on the train. Please keep your manners.

It might take you by surprise but using a bus in Tokyo might be trickier than a train. That’s because where you enter the bus, depends on the bus. Where you pay the fare depends on the bus. Some fares a fixed, and some buses will charge you based on the distance between the boarding stop and the final destination. So watch others around you, what they do, and do the same. When you want to get off the bus, please press the buzzer. Usually, it is placed near the window or the handrails.

The bus fee you can also pay with your Suica card.

You can download one of the taxi apps (for example, DiDi) or go outside and try to catch one. If you are in central Tokyo, it is should not be a problem. Once you are in, tell a driver your destination address. The fee will depend on the distance. Also at night time, the fare might go up by about 20%. That is due to a higher demand because at night there are no trains or buses available.

Also at the taxi, you can use your Suica card, a credit card, or cash. Please be noted that the passenger’s door opens and closes automatically, you do not need to touch it.

If you want to know where to buy or rent a bicycle and also the basic rules of riding a bicycle in Tokyo, read this post.

If you want to learn about which driving license can be used in Japan, please refer to this post.